Solar may help you reduce or eliminate your utility bill.

A customer investing in a solar PV system should understand the economic payback on his or her investment, even if there may be strong non-economic (e.g. environmental) factors driving the purchasing decision.

The initial investment depends on the system size. A convenient factor that takes this into account is the price per peak Watt (Wp) of the system. Hence, a 2000 Watt peak (2kWp) solar energy system costing $16000 in total (i.e. including installation) will correspond to a price of $8/Wp. In some countries, you may be able to obtain a grant or rebate towards the cost of the system, which will obviously improve the economic payback on the purchase.

You may have different options to finance the purchase, but each of them has a cost. If you are investing cash then you lose its future interest; if you borrow the money then you pay a financing cost. Either way, there is a cost of financing the purchase that can be represented by a so-called “discount rate”. The normal cost of borrowing may be reduced if local banks offer low-interest loans for the purchase of solar PV systems. Alternatively, your bank might allow you to extend your home loan or mortgage; this may be the cheapest form of standard borrowing.

The economic return on your investment is the value of the electricity that you generate. This will, as a minimum, displace electricity that you would have otherwise bought from your utility or energy service provider during the day. Through certain schemes, it may be separately metered and rewarded at a defined rate (possibly related to the domestic tariff or set by a national or state program). Market incentive programs in certain countries offer some or all of the range of benefits from grants or rebates and low-interest loans to preferential electricity purchase rates. Your local Retailer (also known as “dealer”) should be able to advise if any incentives are available to you.

In the best cases, the returns on solar power will be more than 10 percent, the cash flow positive and the increase in property value greater than the system cost. — LIQUID LIBRARY, MATTHEW T. STALLBAUMER

For years, questions about returns on the expensive investment in a solar-electric system were dismissed with the analogy, “What’s the payback on your swimming pool?” That sentiment might speak to the converted, but for most people considering solar power, the financial case is a major deciding factor.

Fortunately, photovoltaic (PV) technology has matured such that we now can offer serious answers to the payback question, backed by solid math and accounting. Answers vary significantly by local climate, utility rates, and incentives, but in the best cases, the returns will be more than 10 percent, the cash flow positive and the increase in property value greater than the system cost. In other parts of the country where electric rates are low and incentives may be less, a grid-tied system may barely cover its maintenance costs. 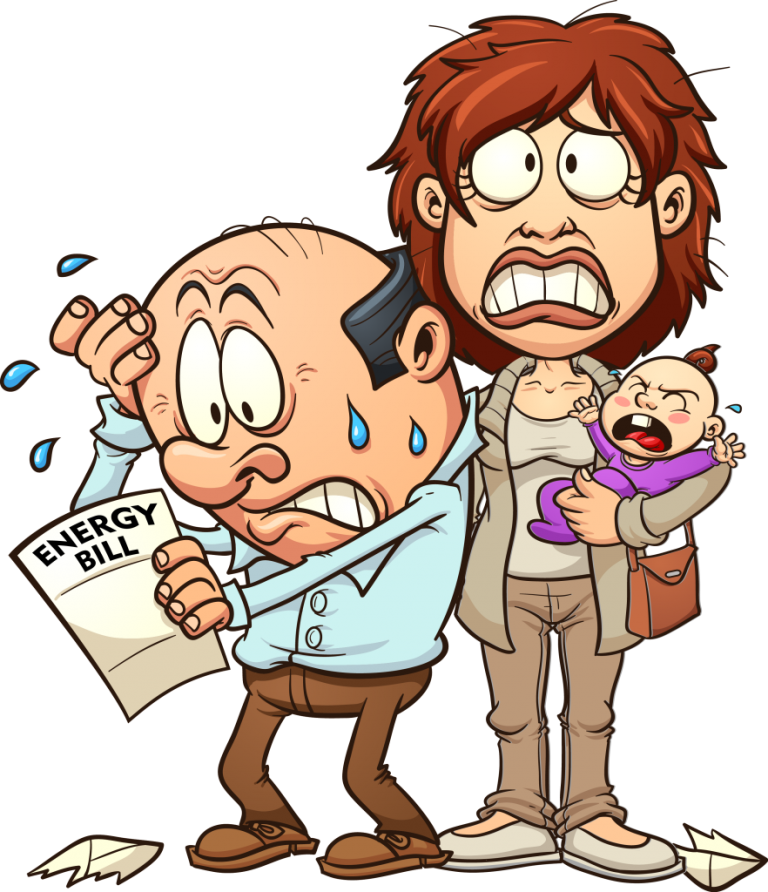 The most important factors for making solar an attractive investment include high electric rates, net-metering policies, financial incentives, and good sunlight. Unlike the other factors, sunlight is available in almost all of the continental United States.

Under most net-metering laws, which vary by state or utility, solar energy generated by users offsets the retail cost of the electricity they use. Even better, in California, solar systems are allowed to operate on a time-of-use rate schedule, which enables users to sell electricity back to the utility at peak rates, which can be even more valuable. These high rates are the most important factor in improving the payback.

Direct incentives can include tax benefits such as credits or depreciation. A federal tax credit went into effect that offers a 30% tax credit to buyers with no dollar limit to the tax credit. Then there are state incentives, including rebates, that vary from utility to utility.

A big factor in some calculations is inflation in electric rates. Solar power is an inflation-protected investment because it offsets electricity costs at the current prevailing retail rate. As rates rise, the owner saves even more. New forms of incentives, including renewable energy credits, or “green tags,” can be combined with net metering and other incentives. With these, a PV system can garner substantial revenue per kWh generated. There are several ways to measure the economic value of a solar system: the compound annual rate of return, cash flow or increase in property resale value. In the best cases in California— common results are a rate of return well over 10 percent, positive cash flow and an increase in property value that more than covers the cost of the PV system.

This is another term for interest-rate yield, which is a way of comparing one investment to another. For example, a savings account might pay 1 percent interest, and the long-term stock market has paid about 10.5 percent. Solar systems in California can often produce a pretax compound rate of return of 10 percent or more.

Cash flow. The cash flow will be positive, either immediately or within the first few years, for many homeowners who finance their solar systems using home equity loans.

This calculation compares the estimated savings on the electric bill to the cost of the loan. The monthly loan cost is the principal-plus-interest payment required to pay off the loan, less any tax savings. In the case of “deductible” loans, such as home equity-based loans, the interest is usually tax-deductible, and thus the loan effectively costs less. Home equity loans often are excellent sources of funds because interest rates on real estate secured loans are relatively low and payment terms can be long term.

Inflation plays an important part. Inflation affects electric rates and thus effectively increases the savings from a solar system over time. Inflation doesn’t affect loan rates, particularly with fixed-rate loans. Hence, as electric rates rise, the savings grow, but the cost of the loan stays relatively constant (it rises a little over time as the interest portion of the payment falls, which cuts the tax deductibility).

The accumulation of net annual savings is free and clear with no initial outlay of cash because that was covered by the loan. The savings are small though significant in the first years, but really jump when the loan payments stop.

Increased property resale value. Homes with solar-electric systems increase in value because the systems decrease utility operating costs. According to a 1998 article by Rick Nevin and Gregory Watson in The Appraisal Journal, a home’s value increases $20,000 for every $1,000 reduction in annual operating costs from energy efficiency.

The rationale is that the money from the reduction in operating costs can go toward a larger mortgage with no net change in the monthly cost of ownership. Nevin and Watson state that historic mortgage costs have an after-tax effective interest rate of about 5 percent. If $1,000 of reduced operating costs is redirected toward debt service at 5 percent, it can support an additional $20,000 of debt. Instead of paying the utility, the homeowner pays the bank, but the total monthly cost of homeownership is identical.

The column labeled “Appraisal equity/resale increase in the first year” in the “Sample Scenarios” table shows examples of the increase in home value. This increase can effectively reduce the payback period to zero years if the owner chooses to sell the property immediately, and it removes the purchase risk. It could even lead to a profit on immediate resale in some cases.

Currently, this increase in property value is theoretical. Many of the existing grid-tied solar-electric systems have been installed since 2001. Most of these homes have not been sold, so no broad studies of comparable resale values are available. However, emerging evidence suggests that some solar homes are seeing significant jumps in resale value.

For example, a 2004 National Renewable Energy Laboratory (NREL) study demonstrated that San Diego zero-energy homes with solar features increased in value faster than comparable conventional homes in a nearby community. On average, the homes increased in value $40,000 more than the conventional homes, at a higher rate of appreciation and with a shorter length of ownership.

PV systems will appreciate, rather than depreciate, for several years. Appreciation comes from the increasing annual savings the system will yield as electric rates and bill savings rise. It cannot continue forever, however, as the increase in resale value reaches a limit determined by the savings potential during the system’s remaining life. For these analyses, the system is assumed to be worthless at the end of 25 years. (This estimate is conservative since panels typically are warranted to work at 80 percent of their as-new capability when 25 years old.) If the system is worthless after 25 years, its only value as it nears that time is the savings it can generate before the end of the 25th year. The remaining-value limitation takes over in about the 11th year. As the NREL resale study suggests, however, the actual resale value could be much higher depending on the market mood for solar.

For more information on calculating PV system payback, go to www.ongrid.net/payback. Be aware that some tools don’t account for tiered or time-of-use electric rates in interaction with PV production, and therefore their results may over- or underestimate the value of a PV system in a particular situation. Going solar, like any other major purchase, is a “buyer beware” situation. In addition to avoiding oversimplified estimates, be cautious of aggressive sales pitches and overly optimistic financial analyses.

Solar has finally come into its own in certain markets, which are exploding because individuals are discovering the financial benefits of owning PV systems in those regions. To encourage widespread adoption of solar energy, we need to empower everyone with this knowledge and expand the components that make it possible — tiered rates, time-of-use net metering and renewable energy credits. Market forces will take it from there. 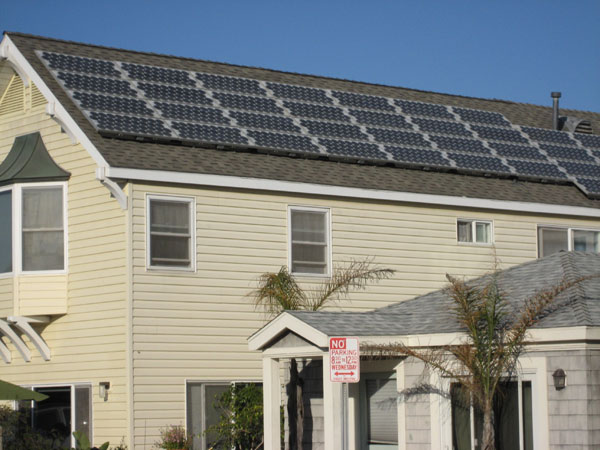 The effect of a photovoltaic solar system investment on your home’s resale value.

Finally, the biggest factor we have not yet discussed is the impact of this investment on the value of your home. Unfortunately, there is very little good scientific data on the impact of PV systems on home values. While the general consensus is that an investment in a PV system, like most home upgrades, increases its value, there doesn’t seem to be a lot of good current data out there as to how much. Most recent studies we have seen were made several years ago when the housing market was booming. It would probably be unwise to presume those apply to the current slumping housing market.

Nonetheless, there is some data that suggests that even in the current market PV can be a very good payback. At a recent Solar Conference in San Diego, a group of new home builders reported that their new housing units with PV systems far outsold the units without PV even though they were more expensive. Also, the addition of PV systems seems to have a good fit with the growing movement around green remodeling. The McGraw-Hill Construction SmartMarket Report on Attitudes and Preferences for Remodeling and Buying Green Homes found that 73 percent of people surveyed listed potential higher resale value as one of the top four reasons to buy a green home.

When all is said and done home values are very often a local phenomenon, particularly in a down housing market as we have now. If resale value is a major consideration for you we suggest that you talk to some local real estate agents and get their opinions as to the impact a PV system will have in your local housing market.